In honor of our CEO's military service and all of the cadets from the United States Military Academy at West Point, U.S. Concrete New York painted one of its trucks as a tribute. Most fitting, the truck is making its debut at the annual Army/Navy college football game in Philadelphia. The truck, seen here in front of The Union League of Philadelphia, will stay throughout the game weekend. 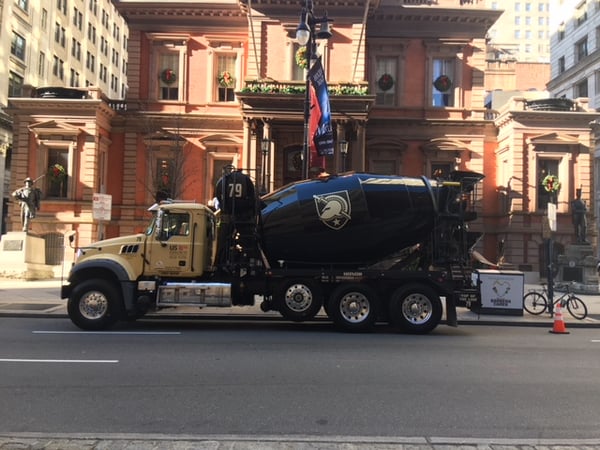 U.S. Concrete has been a longtime supporter of Army West Point Athletics and will display the tribute truck at all home games.