Indeed, the U.S. Concrete stock has been on an upward trend for some time now and was one of the strongest local stocks for the Dallas-Fort Worth metropolitan area following the downturn of the energy industry. U.S. Concrete is situated in three booming metropolitan areas — Dallas, New York City, San Francisco — with a strong projection for infrastructure growth. All three areas have a significant barrier of entry, giving the foothold in these areas even more value.

Considering that the demand for infrastructure spending won't be declining any time soon, U.S. Concrete should stay a strong buy for the years to come barring a sudden shift in the marketplace. The Dallas area, where U.S. Concrete sees the majority of its business, is the second-fastest growing metropolitan area following Houston. In this case, growth is reflected by the increase in the population, which is generally a sign of a booming local economy.

Watch the rest of the video below: 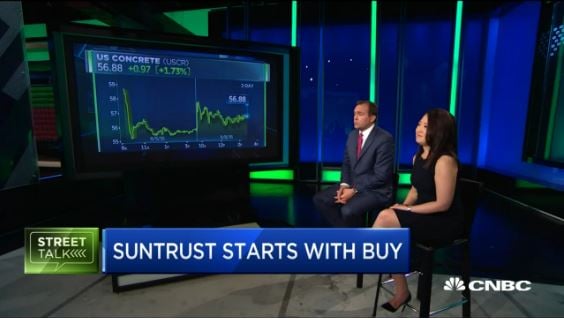