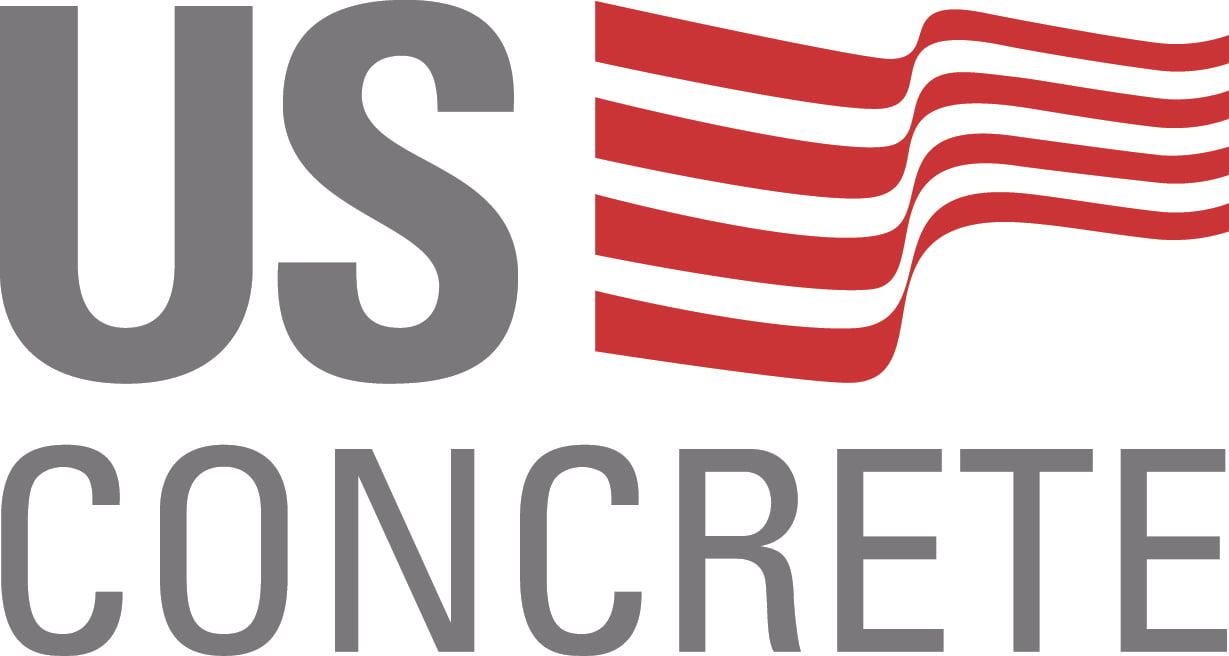 EULESS, Texas, Sept. 6, 2018 -- U.S. Concrete, Inc. (NASDAQ: USCR) ("U.S. Concrete" or the "Company"), a leading national supplier of ready-mixed concrete and aggregates, today announced that it has expanded its aggregates business in Texas with the acquisition of Leon River Aggregate Materials, LLC ("Leon River"), a sand and gravel producer based in Proctor, Texas. The acquisition adds over 400 acres of land with reserves to the Company's operations and a state-of-the-art processing plant to achieve the highest efficiencies. 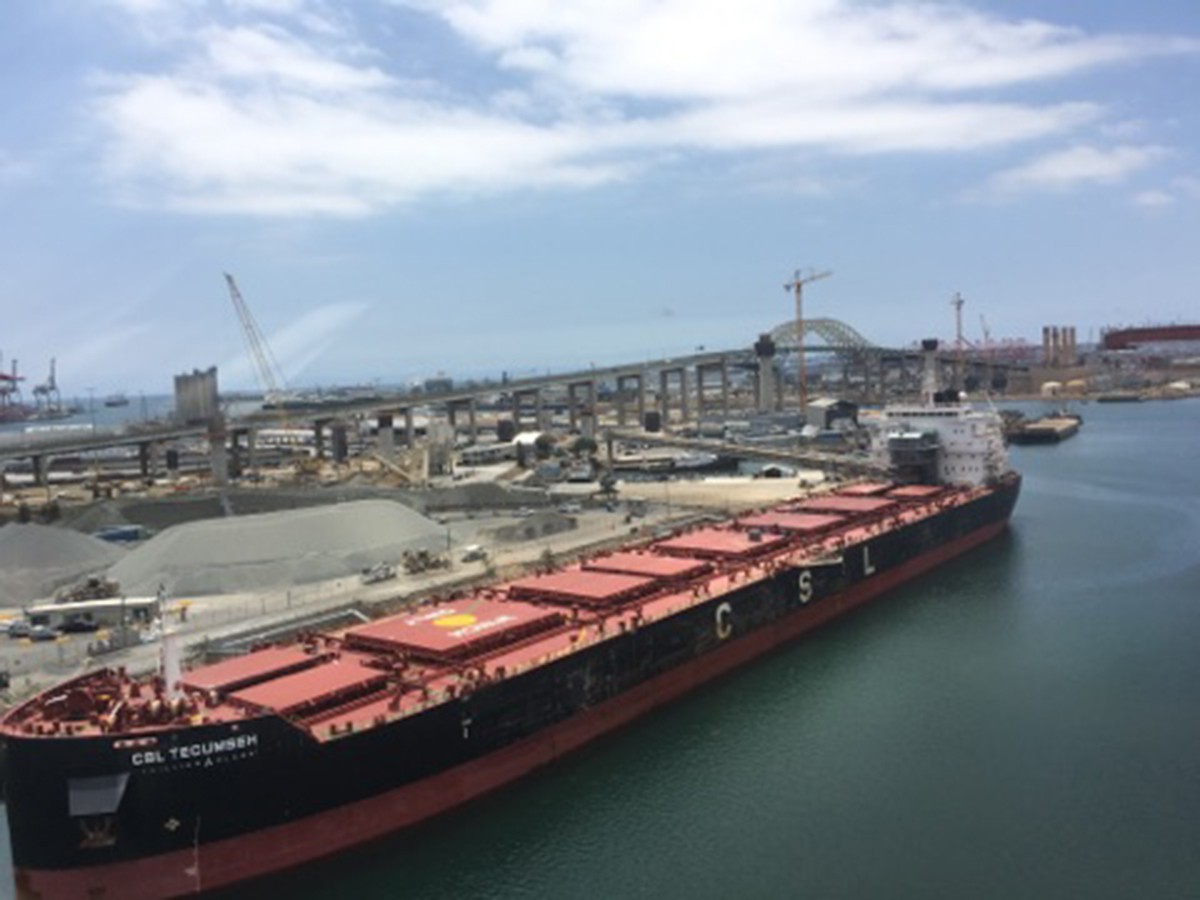 EULESS, Texas, Sept. 5, 2018 -- U.S. Concrete, Inc. (NASDAQ: USCR) ("U.S. Concrete" or the "Company"), a leading national supplier of ready-mixed concrete and aggregates, today announced that its wholly owned subsidiary, Polaris Materials ("Polaris"), has obtained the necessary permits to increase the amount of aggregates it imports at its terminal located in Long Beach, California. As a result of the new permit, Polaris is now able to deliver up to two million tons of highly specified aggregates annually, effectively doubling its throughput capacity in supply-constrained Southern California. 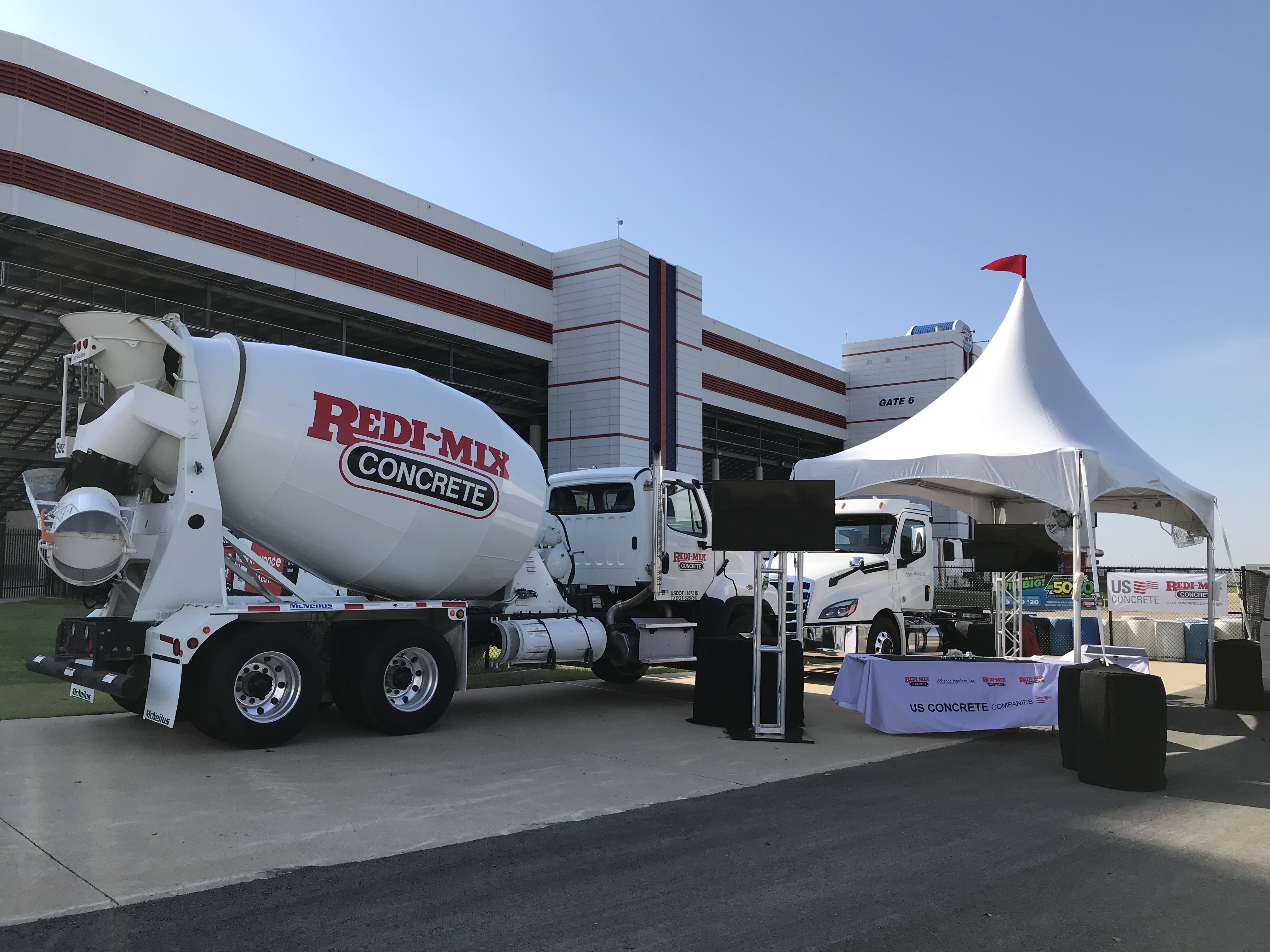 U.S. Concrete's North Texas business unit, Redi-Mix Concrete, made a powerful statement during the Verizon IndyCar Series race weekend at Texas Motor Speedway. Redi-Mix began the weekend with a hiring booth at TMS' Fan Zone to recruit CDL drivers for their concrete and aggregates divisions. Driver positions have proved difficult to fill for many companies, so Redi-Mix took recruitment to the next level. 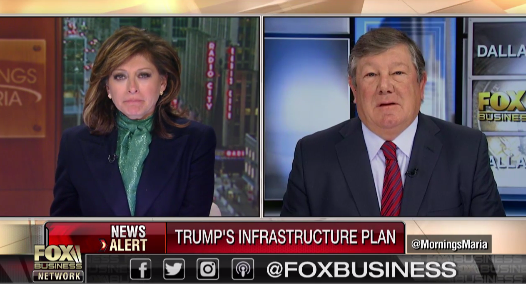 Bill Sandbrook, our CEO, was a guest on Fox Business Network’s Morning’s With Maria this morning. In the lengthy segment, which can be viewed below, Bill talks about the condition of infrastructure across the country and the significant need for Washington to no longer kick the can down the road when it comes to investing in infrastructure.

In the interview, he notes that: 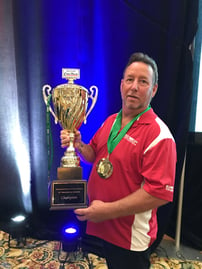 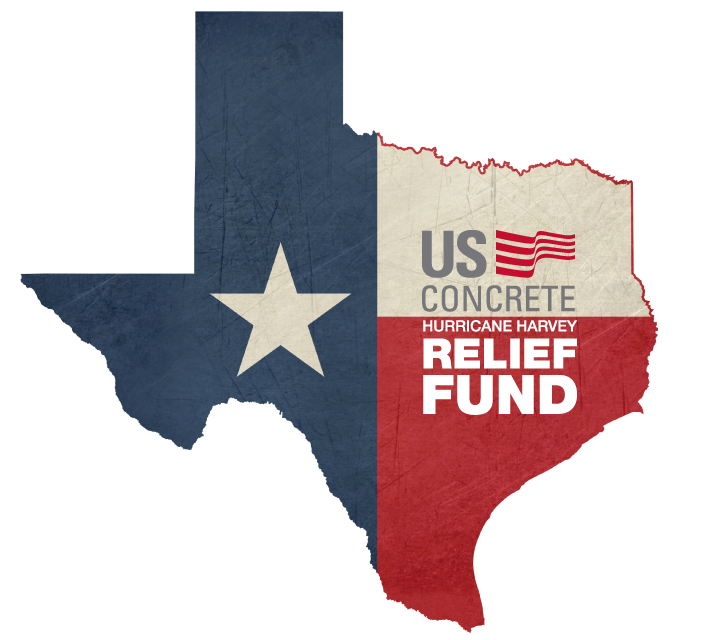 In the wake of Hurricane Harvey and its devastation, U.S. Concrete has been monitoring and communicating with our employees in the affected area. Our thoughts and prayers go out to the entire South Texas area affected by the storm, but we are happy to report that all U.S. Concrete employees are safe and accounted for. We had many employees impacted and we are still assessing what it will take to get each of them back to as normal life as possible.

If we want to fix our infrastructure, we must start with safety. 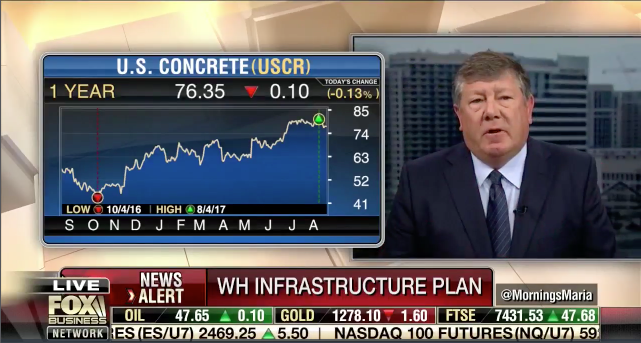 U.S. Concrete CEO, Bill Sandbrook, joined Maria Bartiromo on Fox Business to discuss potential economic impact of President Trump's infrastructure plan. The discussion revolves around Trump's recent press conference in which he unveiled an executive order that would help accelerate the approval process for infrastructure projects. Speaking to the media, Trump suggested burdensome regulations could stymie highway projects for as long as 17 years and cost hundreds of millions of dollars.

The executive order is a small step compared to the ambitious $1 trillion infrastructure plan announced as a primary goal during Trump's campaign and early presidency. While the status of the plan remains in relative limbo, Sandbrook is confident that cutting some of the red tape obstructing infrastructure projects is a move in the right direction. He noted the disparity in efficiency between the government's approach to infrastructure and private business.

As for how U.S. Concrete plans to fit into the proposed infrastructure plan, Sandbrook says these efforts are already underway on the private side. He cites recent projects with New York City's La Guardia airport as well as the Oakland Bay Bridge as notable examples (New York and Northern California are two of the company's primary areas of business). While infrastructure is top-of-mind for Congress and the U.S. government, it constitutes less than 20 percent of U.S. Concrete's business.

As of the present, much of the focus in Congress has centered around tax reform, but infrastructure will be among the many agenda items on the list once autumn arrives. As Sandbrook mentions, roughly 60,000 of bridges in the U.S. are deficient and in need of repair. Over time, these problems can and have become hazardous for Americans. Sandbrook hopes deregulation will help facilitate the repair of bridges under threat of becoming more structurally compromised.

You can watch the full video here. 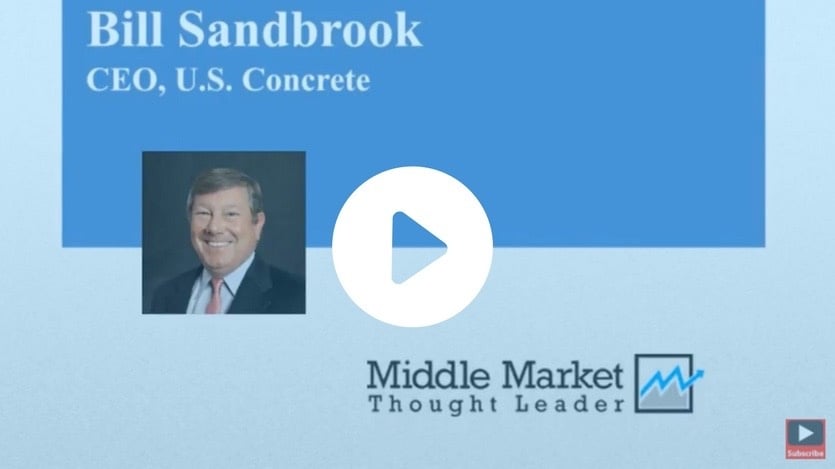 Today, U.S. Concrete shares are valued at more than $76.35. The turnaround of the business — in a span of less than six years — is nothing short of miraculous.

'The death of retail has not been the death of concrete,' says U.S. Concrete CEO from CNBC 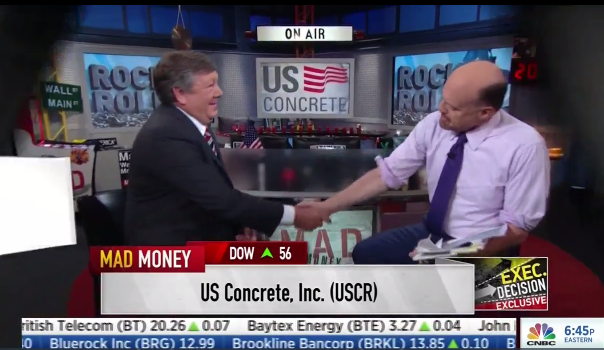 (U.S. Concrete)  CNBC's Jim Cramer hosted U.S. Concrete CEO Bill Sandbrook on his hit show Mad Money to talk about infrastructure and the company's growth. Cramer discussed U.S. Concrete stock in the past, namely at the end of last year. Then, there was much hype about the potential for government infrastructure spending. The broad-scope infrastructure plan was to total roughly $1 trillion with the added potential project of the U.S.-Mexico Border Wall. Cramer admits, given recent developments in the White House, that these projects could be put on hold for the foreseeable future.

However, Cramer notes that the construction material industry is a strong one — one that could yield potentially high returns. U.S. Concrete, he says, is still a strong buy despite a dip in the overall market and the uncertain future of the Trump administration's infrastructure plan. Cramer notes this in the wake of an impressively strong first quarter for U.S. Concrete, suggesting the company's presence in growing metropolitan areas such as North Texas, Northern California and New York give the company a recipe for sustained success.

Some notables from the first quarter release:

Watch the rest of the video below:

Previous All posts Next