(U.S. Concrete) The Dallas Morning News sat down with our President and CEO Bill Sandbrook in Downtown Dallas with our North Texas business unit, Redi-Mix. Under Sandbrook’s leadership, U.S. Concrete has reached unprecedented heights. His management style, largely influenced by his West Texas upbringing and military career, has been a guiding light in the darkness for his company. U.S. Concrete is now a premier concrete supplier for major metropolitan areas with a high barrier of entry — New York City, Dallas and the Bay Area in Northern California, to name a few.

Appointed to study at West Point by then-Vice President Nelson Rockefeller, Sandbrook studied nuclear engineering, applied physics and management. He would go on to teach math at West Point and complete four master’s degrees in addition to his professional engineering license.

Sandbrook made his first foray into the industry when he joined Tilcon New York, Inc. There he became president before the company was acquired by Irish Multinational. Through his leadership he was able to merge other aggregate operations, effectively broadening Tilcon’s supply chain and service potential. He eventually took the role of leading U.S. Concrete out of the doldrums of bankruptcy in 2011, adversity he embraced and knew how to navigate.

An important highlight of his illustrious career came in 2001, as he effectively mobilized vehicles in a first-responder effort to help with cleanup following the 9/11 attacks. This is Sandbrook’s proudest accomplishment, for which he was awarded “AGG Man of the Year” by an industry magazine.

To read the full story on Sandbrook, click here. 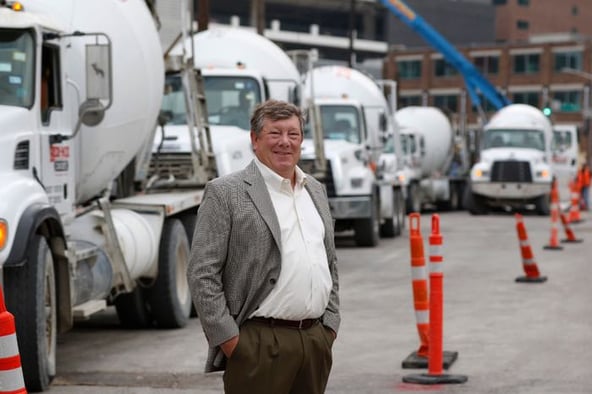