A Talk About Leadership with our CEO, Bill Sandbrook

Bill Sandbrook, the president and CEO of U.S. Concrete, was interviewed by the Wharton School of Business at the University of Pennsylvania in an article titled “What Leaders Gain By Listening Closely to Their Employees.” The interview dives deeply into Sandbrook’s past, including his relationship with his father and his multiple years of service in the military.

When asked about early role models, Sandbrook quickly referenced his father. Like his son, Sandbrook’s father was also in the construction materials industry and worked on the operations side. Growing up, Sandbrook was able to gain a rare perspective on the inner workings of a concrete company and — more importantly — see his father’s leadership skills firsthand. He said he was especially inspired by his dedication to the safety of his employees and how he treated everyone — superiors and subordinates alike — with respect. 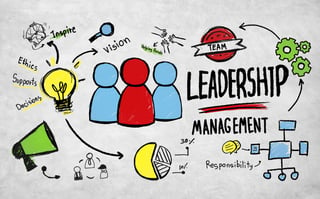 As for his military experience, Sandbrook said that his ability to make critical decisions under pressure (or without all the potential information) was the biggest takeaway. That influence eventually led to a spur-of-the-moment call to mobilize heavy equipment and human resources within 24 hours of 9/11 to assist with search and rescue efforts. Sandbrook testifies that this was the clearest application of his military experience as a working citizen. In order to execute the operation on time, there could be no evaluations of costs, liabilities or unions. In a circumstance of a national catastrophe, however, a decisive decision had to be made. Sandbrook made the call and he received support all the way.

It wasn’t until 2011 that Sandbrook was offered the position of CEO at U.S. Concrete, only a year after the company had begun to revive itself from bankruptcy. Sandbrook had faith, even against wishes of board members who wanted to liquidate the company, that U.S. Concrete’s assets were of good quality and could be leveraged for growth. All the company needed, he insisted, was a good strategy in an economy that appeared to be turning itself around. Whether he succeeded or failed in his mission, he didn’t want to be the guy that said he didn’t try. He genuinely believed he could help turn around the company, and went ahead with his plan despite the risks. Within his first 90 days, though, he wasn’t devising a strategy so much as listening to what his employees and customers were saying.

Once he was able to get a lay of the land through actively listening, he knew the steps he needed to take to bring U.S. Concrete to new heights.

You can read or listen to the rest of the interview here: